Note: All radio awards won by Birmingham stations, except for Nos. 7 and 15.

WBHM posted its award-winning stories on its site.

11. Extraordinary Coverage of a Planned Event 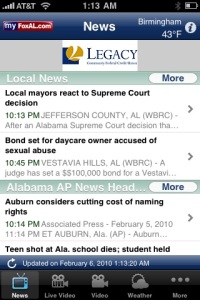 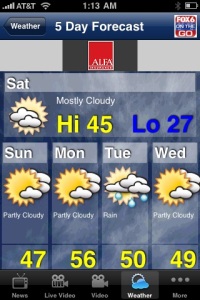 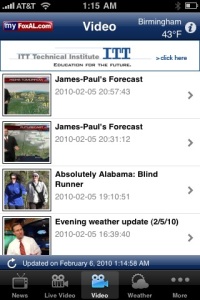 Anchorman Bill Bolen, a fixture in Birmingham television and radio for 56 years, signed off today after 41 years with Fox 6. The 81-year-old Selma native ended his long career on the morning show “Good Day Alabama.” 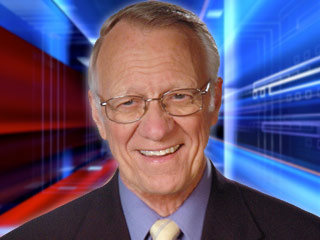 Gov. Riley declared today as “Bill Bolen Day.” Mayor William Bell presented him with a key to the city.

Bolen graduated from the University of Alabama with a bachelor of arts degree in radio arts. He served in the Air Force and worked different positions in Birmingham radio, including at WSGN (610 AM). He started on television with CBS affiliate WBMG (now WIAT) in 1965, joining WBRC-6 in 1969.

In a time, when we may believe that chivalry is dead, we only have to look at the life of Mr. Bolen to know that’s not so. He will be long remembered for his generous smile, his deep, warm voice, his sense of humor, his faith and its manifestation in his commitment to our community. We are really going to miss you Mr. B.

Bolen received the American Cancer Society’s Life Inspiration Award in 1997 after surviving his own bout with the disease. 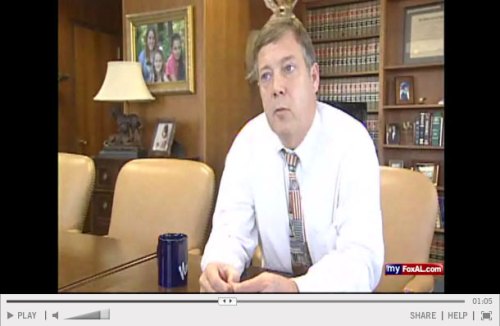 Trial coverage to a big step forward in October, thanks to a federal judge and tech-savvy reporters. During the corruption trial of then Birmingham mayor Larry Langford, Twitter became a primary source of live updates throughout the eight days in session.

Federal law prohibits broadcasting from within the courtroom. And a sign just outside the courtroom instructs that cell phones must be turned off. But Judge Scott Coogler allowed members of the media to use their phones to send updates to their Twitter accounts.

Followers were able to read live accounts of testimony, arguments and the mechanics of a high-profile trial from their computers and phones. It’s likely the first time a major trial received this level of scrutiny.

“The difference is Twitter is like a reporter taking notes, if you will, instead of having to take the notes back to their office, they’re writing them on a device which then goes out.

“It’s their own interpretation of what’s going on in the proceeding, and when I looked at it, it seemed pretty clear to me.”

During the trial, Coogler instructed jurors to isolate themselves from media coverage, but also included blogs, Twitter, Facebook and other sources of information. But he also took time to praise reporters for handling the coverage with decorum in and out of the courtroom.

It’s clear that for citizens and for reporters, Twitter has changed how trial news is reported and consumed.

For more, see the story and video from Fox 6.

New Vision Television, owner of CBS 42 (WIAT) in Birmingham, emerged from Chapter 11 bankruptcy this month. We first reported the bankruptcy in July.

The company, based in Atlanta and Los Angeles, owns 14 stations nationwide.

“New Vision now has one of the strongest balance sheets in our sector,” Jason Elkin, CEO and founder of New Vision, said in a statement. “Being debt-free will enable us to invest in our people, our product and complementary acquisitions to drive New Vision forward, while our competitors continue to focus on daily liquidity and covenant compliance.”

New Vision made no job or benefit cuts linked to the reorganization, the company said.

EXCLUSIVE: Fox 6 has another round of layoffs, drops Saturday 5 p.m. newscast

Second round of cuts in 2009 for Raycom-owned station

Media of Birmingham has learned that Fox 6 (WBRC) had another round of layoffs on Monday, eliminating several part-time positions and declining renewal on a few contracts, affecting marketing and editorial departments.

Fox 6 laid off 10 employees in February, adding to the dozens of TV jobs cut in Birmingham in 2009.

In addition, Fox 6 has eliminated the 5 p.m. Saturday newscast.

Station management did not respond to e-mailed questions.

Update 7/20: We were going to peg the number at 13 laid off, but we found out today that reporter and weekend morning anchorwoman Tiffany Bittner was let go today, bringing the total to 14 total. 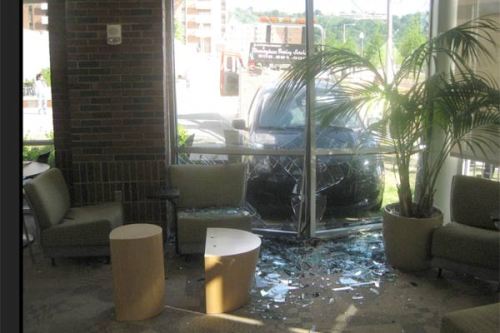 When a car sped through a busy UAB campus green and crashed into the dining hall window, the news went out quickly on Twitter and Facebook. But not a single mainstream media outlet responded.

Instead, UAB student blogger Andrew Stone posted the story and photos to his site, Iloveuab.com. That single post, “BREAKING NEWS! Car crashes into UAB Commons!” led to high traffic and queries from those media outlets.

We asked Stone to share how the story came together, and how he managed to build on that one fateful post.

April 27 was a normal day, and as usual I was brainstorming about what I needed to write for the day. I’m sure you know how it is: Sometimes, there’s tons to talk about, and other times, you have to force the words to flow from your fingers. However, all that changed very quickly!

END_OF_DOCUMENT_TOKEN_TO_BE_REPLACED

Fox6 General Manager Lou Kirchen confirmed the station trimmed its staff in response to economic pressures. Kirchen would not comment on individual positions cut but a source familiar with the layoffs said Montana was among those affected.

Kirchen said the layoffs will not affect the station’s mission.

“Our news coverage will continue intact,” Kirchen said. “It was very difficult. We feel bad for the staffers and families affected by this.”

Local TV, owner of Fox 6 since July, has swapped stations with new owner Montgomery-based Raycom Media, with the transaction to be completed in the first half ot this year.